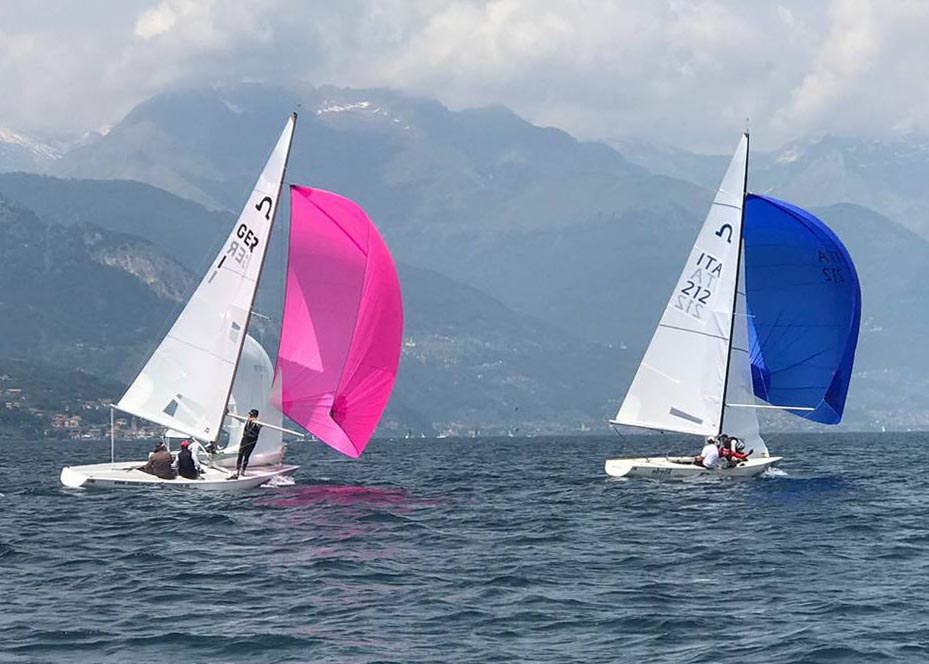 From may 25th – 27th the open championship took place in Bellano.

In a very friendly and nice atmosphere, competitors from Italy, Germany and Ukraine tried to find the best ones.

We were very lucky to find a slot with nice weather and hot temps, because before and after the event, there was lots of rains and thunderstorms. Mostly we had a thermical breeze from the south, but quite
changing in direction and strength, so some really interesting situations came up.

From the beginning on, UKR 1 dominated the fleet, even it was sometimes extremly close racing. Hard on the heels GER 1 and ITA 212. Finally UKR 1 with Igor Yushko, Sergey Pichugin and Alexey
Kurilenko won the open title ahead of GER 1, Roman Koch, Martin Zeileis, Bernd von Hoermann and ITA 212, Pierluigi Puthod, Pietro Kostner and n.n.

One oft he absolute highlights ist he bar, 50m away from the club. Nice snacks and drinks, fantastic smooth music and a relaxed atmosphere. Every day before and after the races, a huge bunch of sailors met there for some snacks and chats. After the first races on friday, the club offered free beer and pasta, that was cooked perfectly al dente; on the second day we had a dinner close to the club.

At the price giving again some snacks and drinks and so a really good event was finishea as a party of friends... cheers